During the mission, Lovell and Haise planned to make a landing in the Fra Mauro region of the Moon to conduct geologic surveys and set up scientific experiments during two spacewalks while Mattingly remained in lunar orbit conducting photographic surveys of the Moon. In a change from previous lunar missions, the Saturn V rocket’s S-IVB third stage used to propel the spacecraft out of Earth orbit and toward the Moon was sent on a trajectory to deliberately impact on the Moon instead of being sent off into solar orbit.

The impact of the rocket stage would be detected by the seismometer left behind by the Apollo 12 astronauts and provide information about the Moon’s interior. Similarly, the Lunar Module’s (LM) ascent stage would be sent on an impact trajectory once no longer needed after the astronauts had returned from the lunar surface. 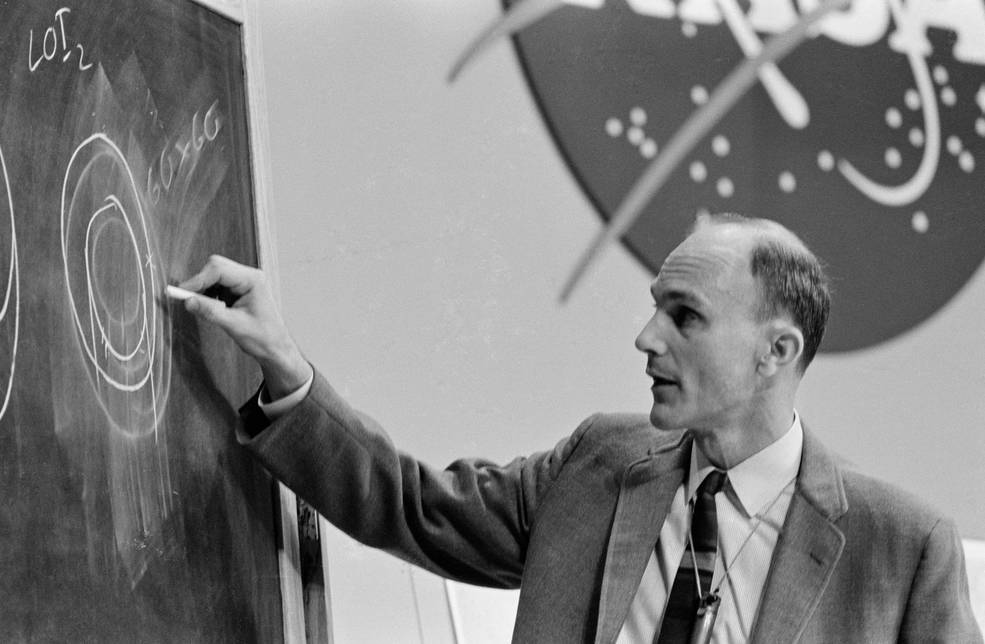 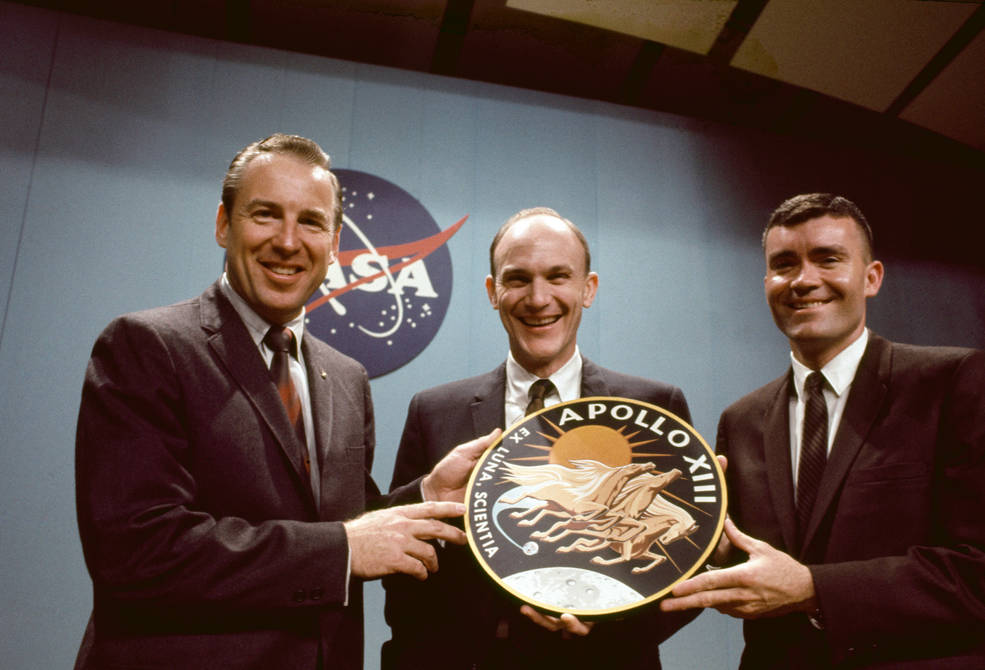 
First Mattingly on March 9, then the entire crew on March 14, met with the press to describe their planned mission in detail and answer reporters’ questions. Mattingly described a major change from the two previous lunar landing missions – once in lunar orbit, the Service Module’s propulsion system would perform a descent orbit insertion burn, placing the Command and Service Module (CSM) still docked with the LM into an elliptical 8-by-66-mile orbit.

This maneuver conserved LM propellant for the descent, improving the chances for the needed pinpoint landing for optimum science results. The astronauts displayed their mission patch that included a painting of three horses symbolizing the three crewmembers and the mission name and number. Instead of their names, the patch bears the Latin motto “Ex Luna, Scientia,” meaning “From the Moon, Knowledge,” stressing the increased emphasis on scientific return from the mission.

The crew revealed the call signs for their spacecraft they planned to use during the mission – Odyssey for the CSM and Aquarius for the LM. 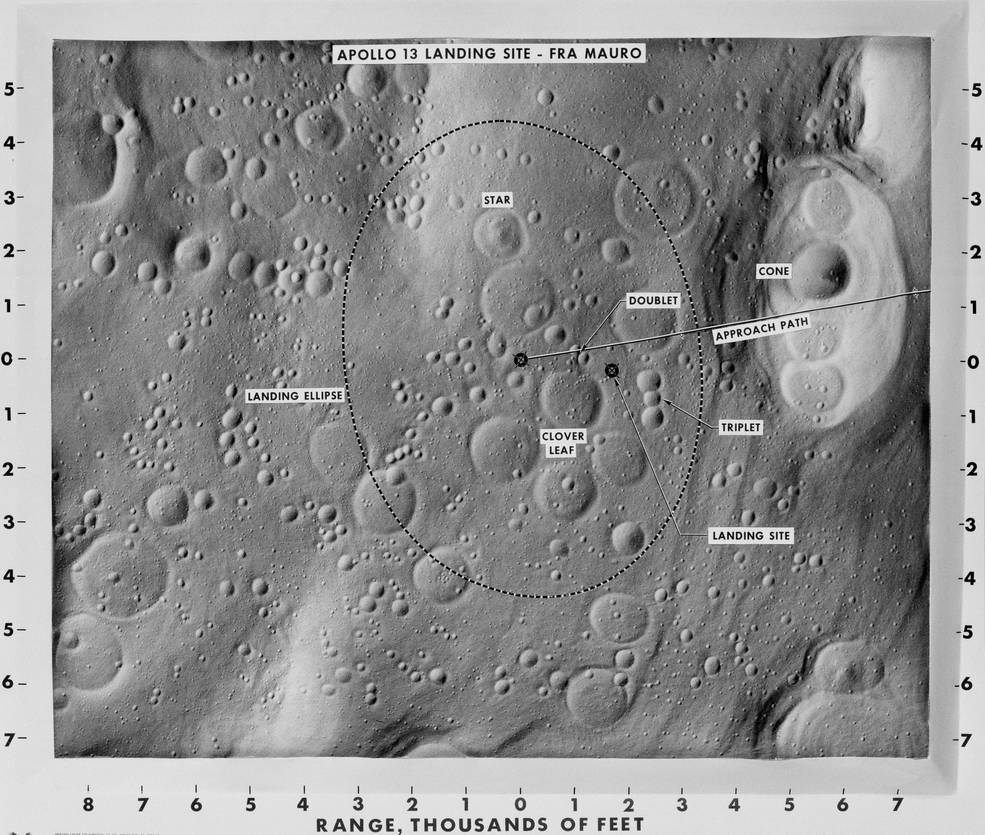 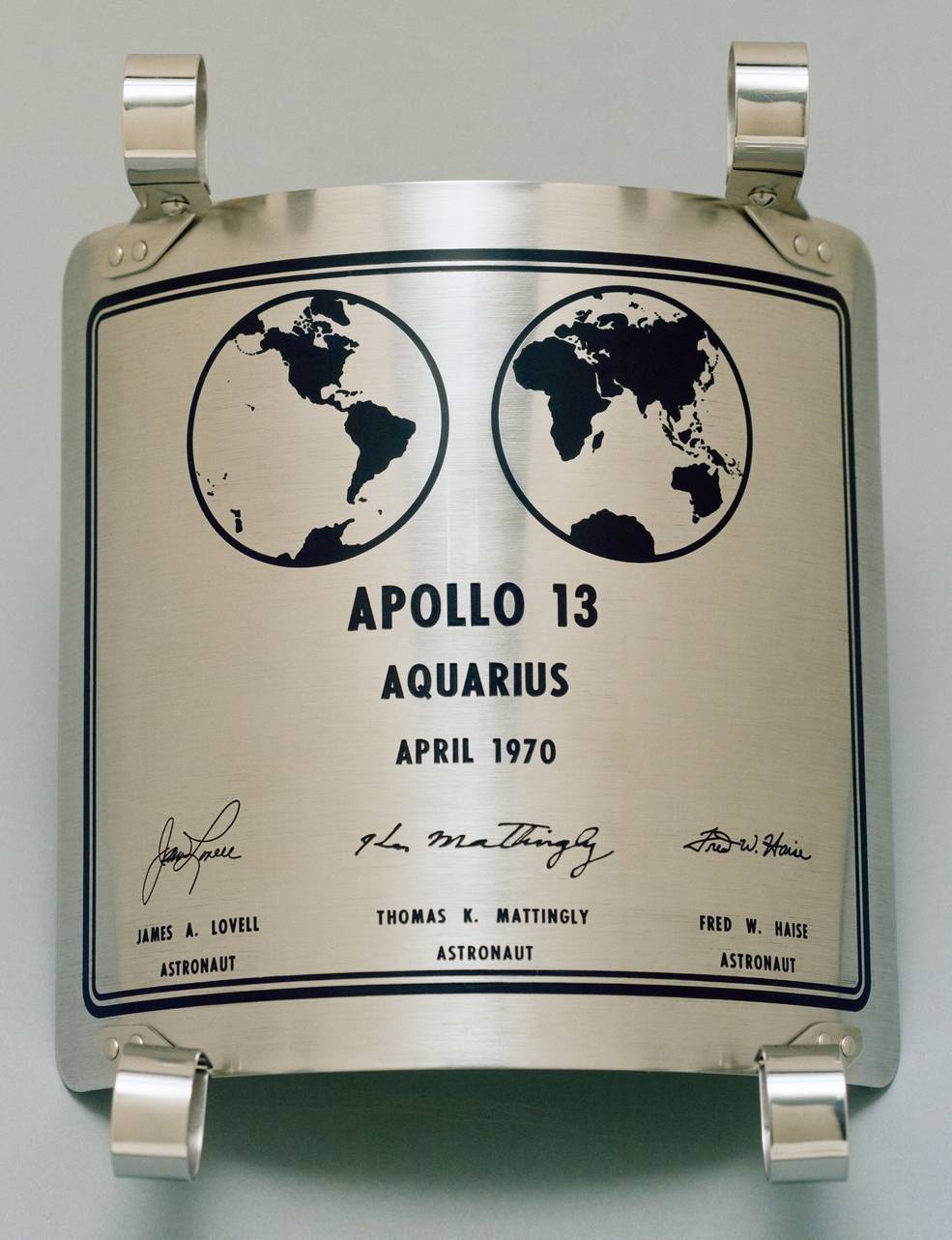 Left: Map of the Apollo 13 landing site in the Fra Mauro region of the Moon. Right: The plaque with the astronauts’ signatures that was mounted on the leg strut of their LM Aquarius.


One of the greatest challenges astronauts faced during a lunar mission entailed completing a safe landing on the lunar surface. In addition to time spent in simulators, Apollo mission commanders and their backups trained for the final few hundred feet of the descent using the Lunar Landing Training Vehicle (LLTV) at Ellington Air Force Base near the Manned Spacecraft Center, now the Johnson Space Center in Houston. On March 9, Lovell completed demonstration flights of the LLTV for assembled reporters and afterwards answered their questions. 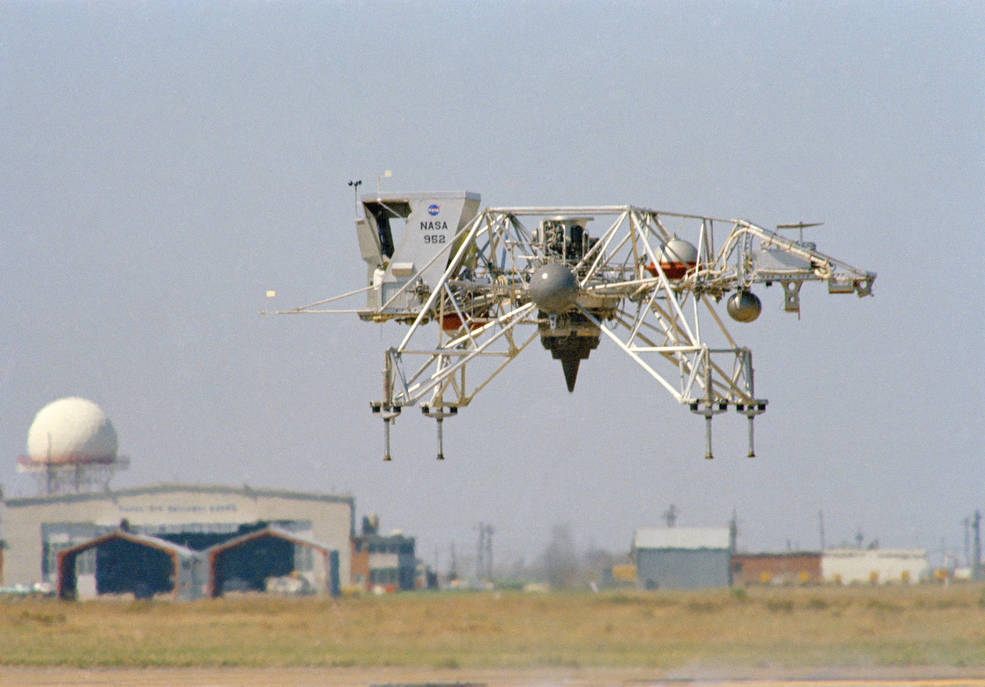 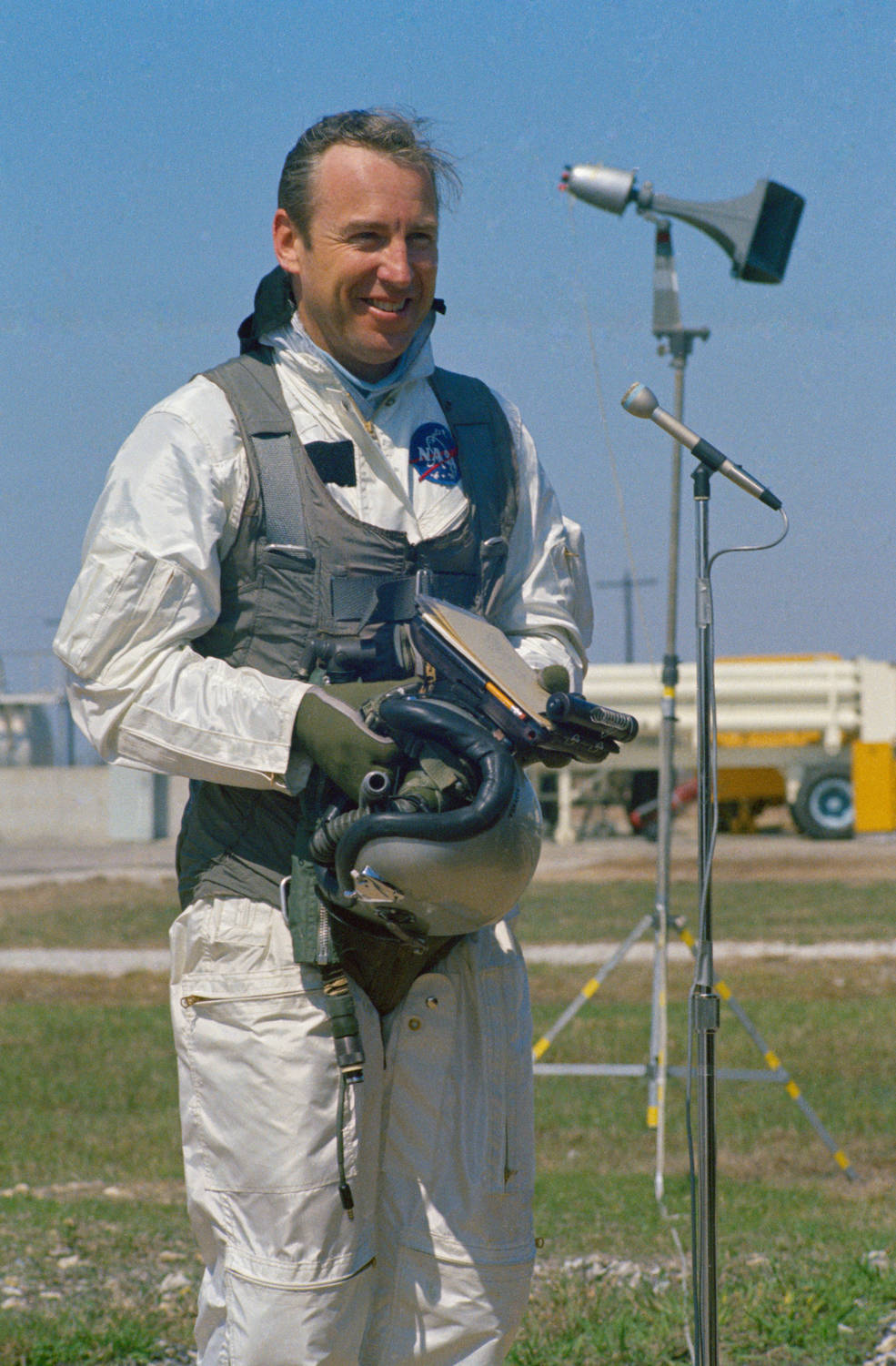 Left: Lovell speaking with reporters assembled to cover his LLTV flight.    Right: Apollo 13 Commander Lovell at the controls of the LLTV during a training flight.


The U.S. Navy and NASA designated the USS Iwo Jima (LPH-2) as the prime recovery ship for Apollo 13. Under the leadership of its skipper Capt. Leland E. Kirkemo, Iwo Jima’s sailors and U.S. Navy Frogmen began training for the recovery of the crew and the spacecraft.

Procedures to maintain biological isolation of the crew to prevent any possible back-contamination of the Earth with lunar pathogens remained essentially unchanged from Apollo 12. Although scientists found no evidence of lunar microorganisms in any of the Apollo 11 and 12 samples, because Apollo 13 would visit a different area of the Moon and out of an overabundance of caution, managers decided to maintain the quarantine procedures.

Following splashdown, a Frogman would briefly open Odyssey’s hatch and hand the crewmembers clean overalls and respirators. Once properly attired, the astronauts would egress onto life rafts and be lifted one by one onto a helicopter using a Billy Pugh net and transported to the Iwo Jima.

Along with a NASA flight surgeon and an engineer, the three astronauts would enter the Mobile Quarantine Facility (MQF) awaiting them on the ship. Once offloaded at port in Hawaii, a transport plane would carry the astronauts in the MQF back to the Manned Spacecraft Center, now the Johnson Space Center in Houston, where they would enter the Lunar Receiving Laboratory to complete their three-week quarantine. 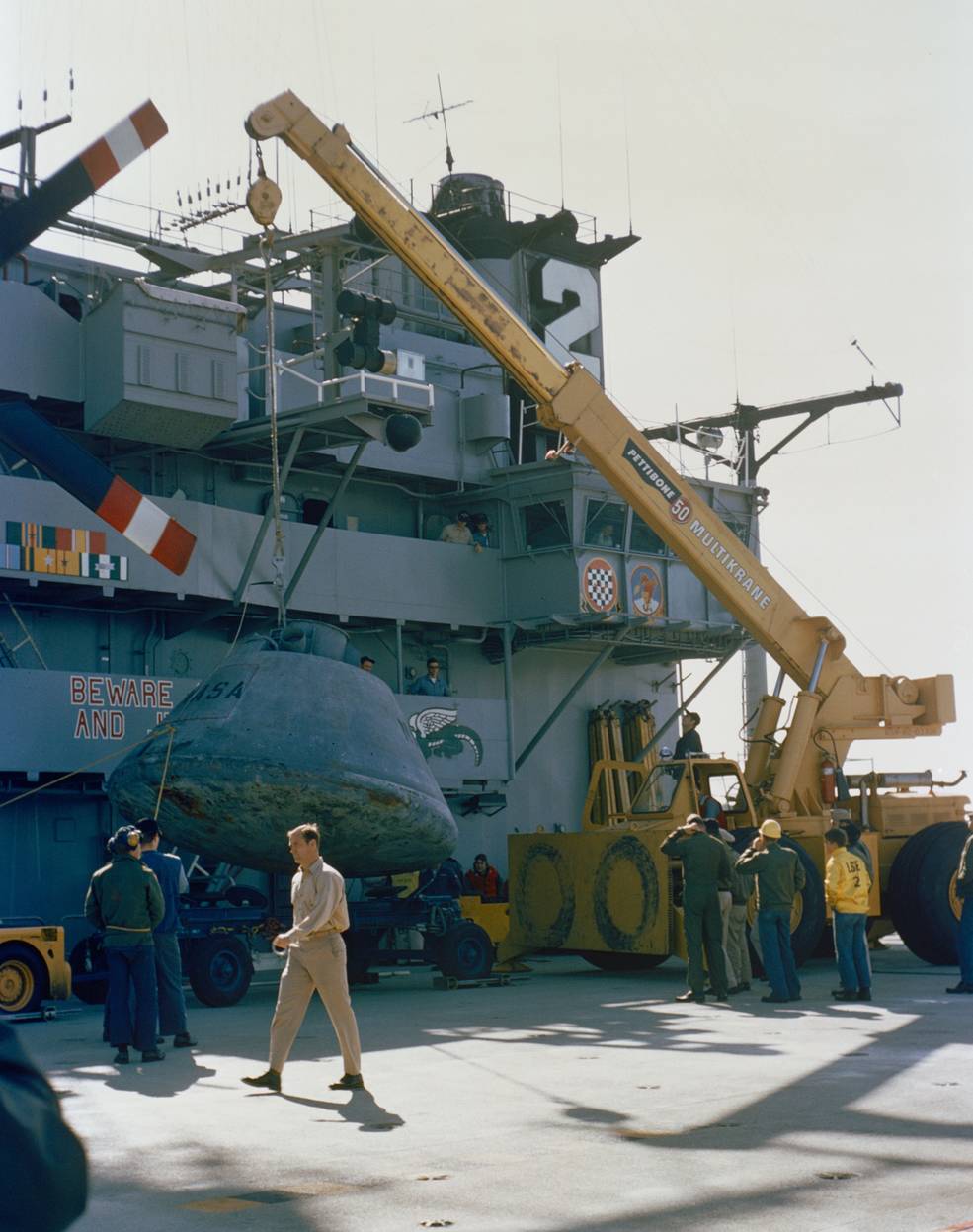 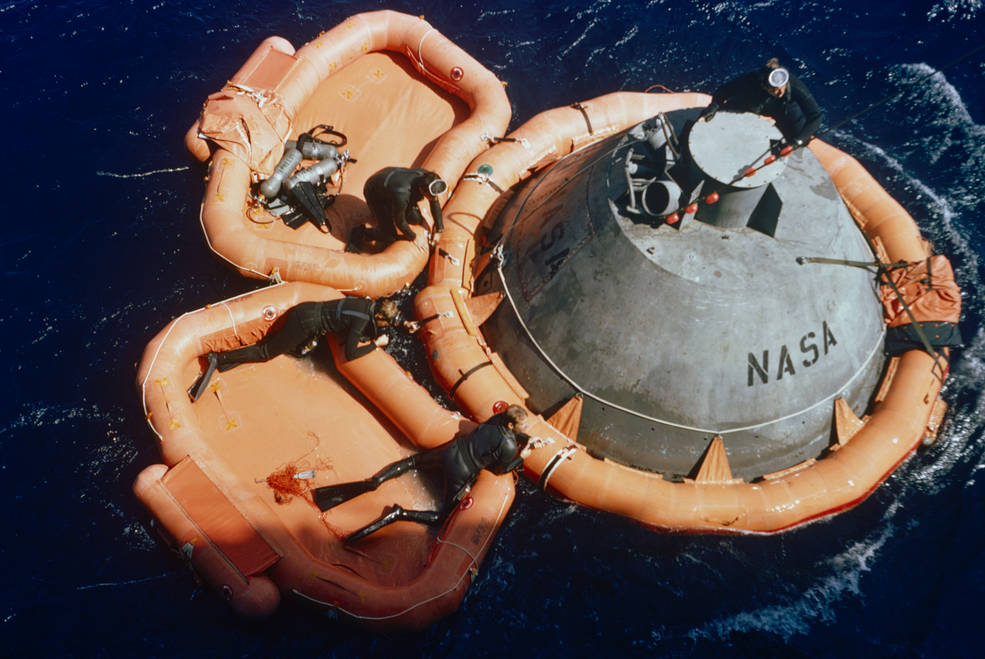 
Apollo 12 astronauts Charles “Pete” Conrad, Richard F. Gordon, and Alan L. Bean, accompanied by their wives and NASA and State Department officials, continued their 38-day Bullseye Presidential Goodwill World Tour. After stops in Latin America, the group made a rest stop in Las Palmas in the Canary Islands before continuing on to Europe.

Cities visited there included Lisbon, Portugal; Luxembourg; Copenhagen, Denmark; Helsinki, Finland; Bucharest, Romania and Vienna, Austria. The tour continued on to Africa, with stops in Rabat, Morocco; Tunis, Tunisia; Abidjan, Ivory Coast; Dar es Salaam, Tanzania and Tananarive, Malagasy Republic. After that it was off to several stops in Asia before returning home to the United States. 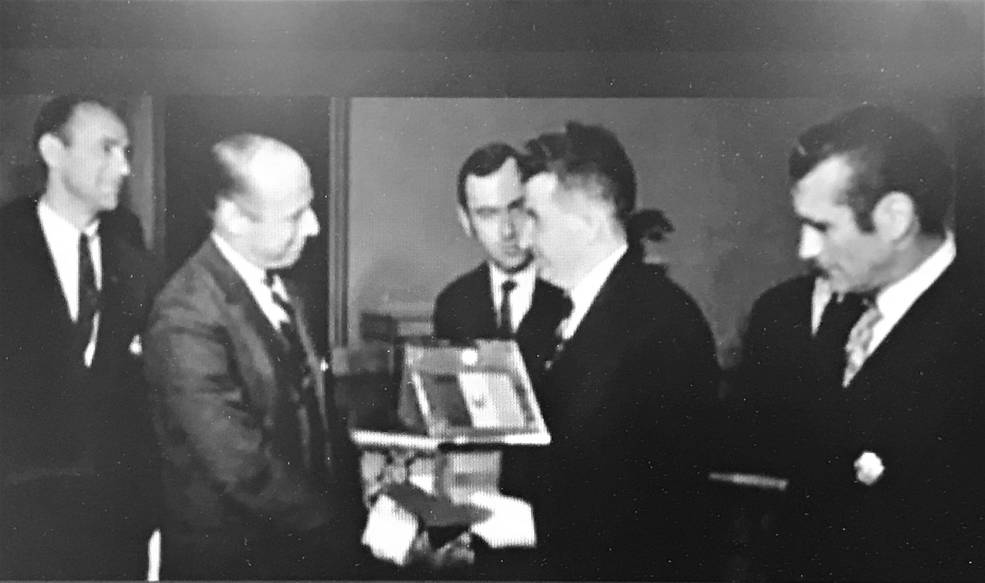 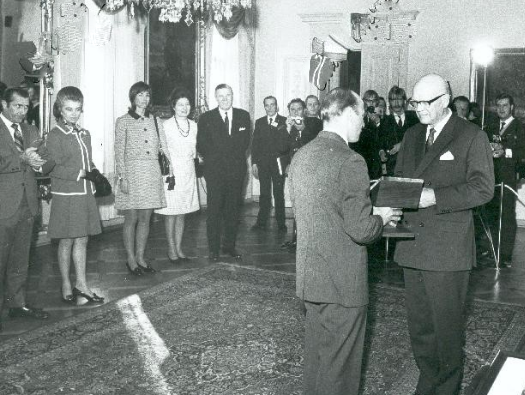