Country music star Kane Brown was the perfect choice to kick off Lowe’s 100 Hometowns initiative this week, and not just because he passionately supports his hometown of Chattanooga, Tennessee.

As many have just begun to realize, Brown worked at the Lowe’s in nearby Hixson before hitting it big as a musician. In fact, Lowe’s played a part in his rise to stardom.

Brown said he used to sing in the aisles, and it was his fellow Red Vest associates who encouraged him to enter a talent show.

We all know the rest. 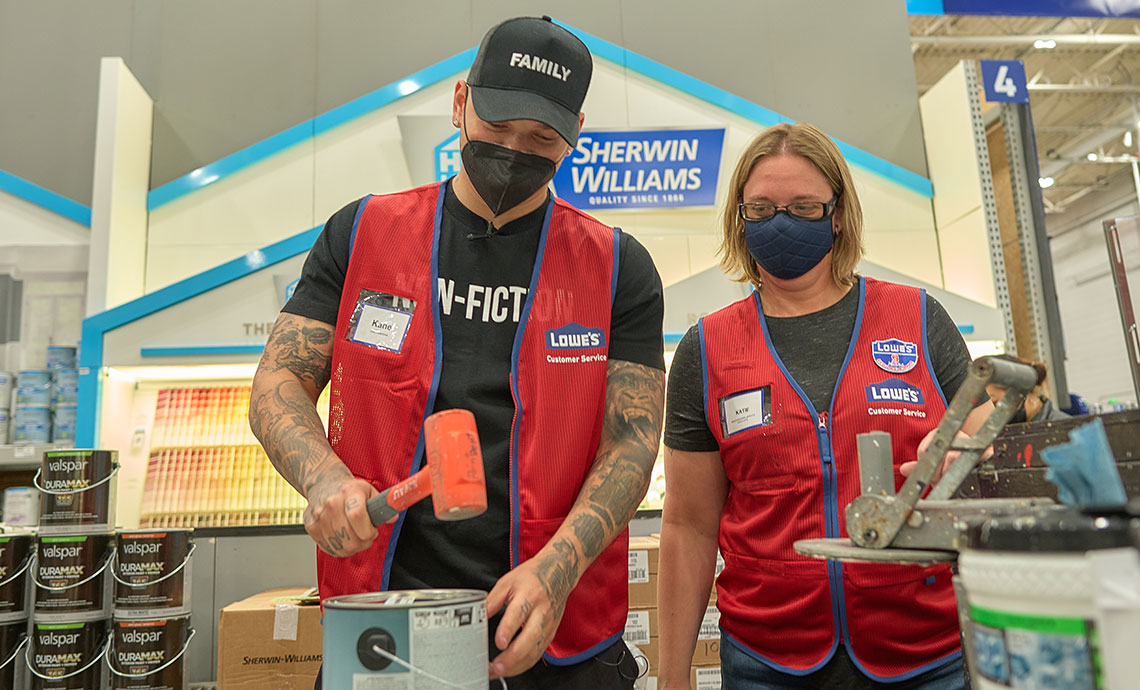 Now the 27-year-old is a chart-topping singer/songwriter, but he hasn’t forgotten his roots. That’s why he was so eager to partner with Lowe’s for 100 Hometowns, and the East Lake Boys and Girls Club has the honor of being the first restoration project. Plans have been put in motion for a new library, computer lab and teen lounge.

“Just being able to come full circle and partner with Lowe’s for their 100 Hometowns campaign — to go back to my hometown in Chattanooga where I used to work at a Lowe’s and to be able to give back to the community is just such an amazing feeling,” Brown told Forbes. “The Boys and Girls Club has such a place in my heart, and thanks to Lowe’s and their 100 Hometowns project we were able to really revitalize their facility — a fresh coat of paint, retiling, and we will even knock down the walls to give the kids there a large space. I’m just so excited for the kids here to see it once completed.”

I’m working with @lowes to celebrate their 100th birthday through the #100Hometowns initiative! We need your help to complete 100 community impact projects, starting with the @BGCA_Clubs in my hometown of Chattanooga. #ad

Brown has been very open about his upbringing, which included stints of homelessness. He said he “had it rough” as a child, which makes a community service project like this all the more meaningful for him.

And it was extra special to be reunited with some former colleagues at Lowe’s, as Brown donned the Red Vest one more time and mixed it up in the paint section, his old stomping grounds.

“I already had tears today that I was back (in Chattanooga),” Brown told WDEF News 12. “I just miss seeing faces. I feel like everybody in this town helped me make it.”

And now he’s paying it forward with the help of Lowe’s. 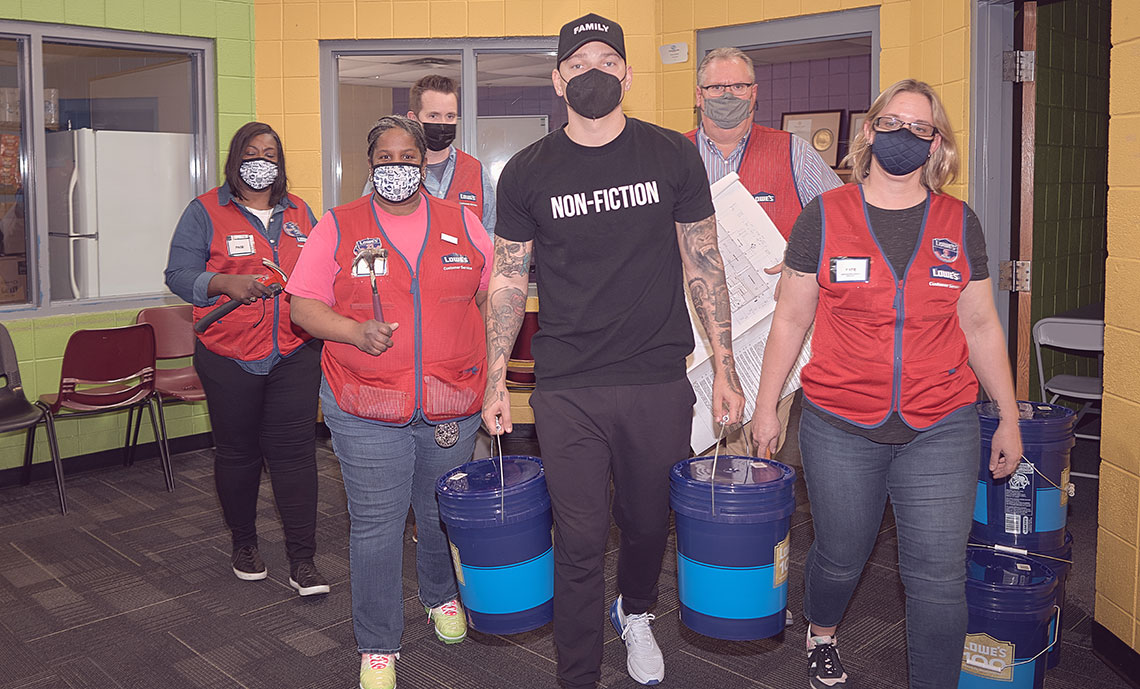