W.H. Longmire family, who were removed for the Norris Dam project

The Lenoir Museum will present a month-long exhibit starting May 1 on the roughly 2,900 East Tennessee families displaced by the Norris Dam project. The exhibit is the result of a partnership between the Tennessee Valley Authority (TVA) and Norris Dam State Park.

“We look forward to telling the story of the displaced families of the valley and engaging our local community with their rich history,“ Park Manger Veronica Greear said.

“We recognize the tremendous sacrifices these families made,” TVA historian Pat Ezzell said. “At great personal loss to them, they left their homes and the land they loved for the greater good – to improve the quality of life in the region for all. Without their sacrifices, we would not enjoy the quality of life that we have today.”

The exhibit is dedicated to the memory of those living in the Clinch River Valley prior to completion of TVA’s first “from-scratch” facility in 1936. It will feature photography by Lewis W. Hine, who was hired by TVA to document the work. The Lenoir Museum, which opened in 1975, sits on the former farm property of the W.H. Longmire family, who were removed for the Norris Dam project.

The public is encouraged to experience the exhibit in the first of many new programs at the museum and state park focusing on the history and culture of the people of the Clinch River Valley. For more information, contact the Lenoir Museum at 865-494-9688 or visit the Norris Dam State Park website. 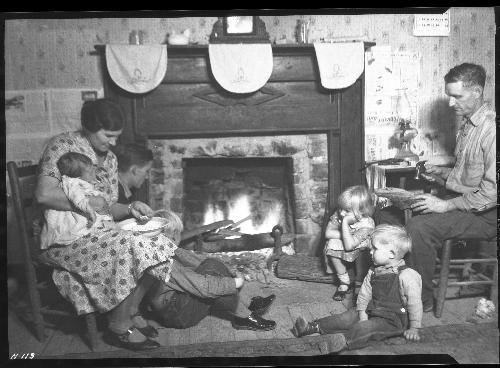 Construction of Norris Dam began in 1933 as the first project by TVA, a Great Depression-era entity created by the federal government to control flooding and bring electricity and economic development to the Tennessee Valley. Civilian Conservation Corps (CCC) enrollees were sent to build the park. Many of the facilities at the park were constructed by the CCC and are still in use. Norris Dam State Park was named for Nebraska Sen. George William Norris, who lobbied intensively for the creation of the Tennessee Valley Authority in the early 1930s.

The Lenoir Museum has a diverse collection of artifacts that depict life in Southern Appalachia from 12,000 years ago to the present day.